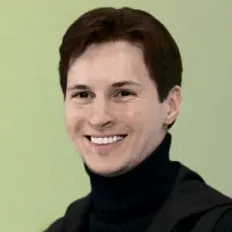 First business During his years at St. Petersburg State University he made a forum for students, which then grew into the social network VKontakte.


Conflict Durov's unwillingness to give the FSB the keys to access users' correspondence led to the blocking of the Telegram service by Roskomnadzor since April 16, 2018. But the messenger still continued to work. On June 18, 2020, the restrictions were lifted.


Project The Durov brothers planned to create a blockchain platform TON. In two closed preliminary rounds in 2018, they managed to raise $1.7 billion. Among the investors were Roman Abramovich (#17), Sergey Solonin, and David Yakobashvili. The blockchain platform TON was scheduled to launch in late 2019, but in October 2019, the U.S. Securities and Exchange Commission (SEC) requested a ban on the release of its cryptocurrency Gram and filed a lawsuit in a Manhattan court to suspend the ICO. In May 2020, Durov announced the closure of the project.