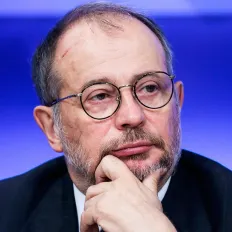 Metallurgist Vladimir Lisin is known for his unwavering tenacity in any business. Although his choice of profession was accidental, after being assigned to Tulachermet, the future billionaire worked his way up from a steelmaker's handler to deputy shop superintendent. From the mid-1980s to the collapse of the USSR Lisin worked at the Karaganda Metallurgical Plant under Oleg Soskovets, who in 1993 became the first deputy prime minister in the government of Boris Yeltsin. By that time, Lisin had also moved to Moscow and, along with future billionaires Iskander Makhmudov and Oleg Deripaska, became an employee of the British Trans World Group (TWG). Its owners, brothers Mikhail and Lev Chernykh, were associated with Soskovets, and TWG itself was a major player in Russian metallurgy.


In 1996, when Yeltsin fired Soskovets, and the Chernykhs began to share their business, Lisin didn't lose heart. He managed to establish control over Novolipetsk Steel (NLMK), one of TWG's most promising plants. He fought off the claims of his brothers, defended the plant in a corporate struggle with Vladimir Potanin #2, brought NLMK to an IPO and turned it into a real cash-machine.


Lisin has been called a fascinating person. In the 2000s he took an active interest in politics in Lipetsk and built a media holding. Then he became involved in buying up transportation assets and became interested in GR. Now his main passion is shooting sports. A master of sport in trap shooting, he became the head of the Russian Shooting Union in 2002, president of the European Shooting Confederation (ESC) in 2009, and president of the International Shooting Sport Federation (ISSF) since 2018. In the Moscow suburbs, Lisin built Europe's largest shooting sports complex, the Lisya Nora, and at NLMK he launched a target shooting line. Lisin also owns a Scottish estate, where he regularly goes hunting. His eldest son Dmitry is also an avid hunter and sits on the boards of directors of a number of Lisin's assets.


What was he like in the USSR He started his working career as an electrician at Yuzhkuzbassugol. After graduating, he worked in metallurgical plants, rising from assistant steelworker to deputy general director of the Karaganda Metallurgical Plant.


In the late 1980s, he headed the Soviet-Swiss company "TSK-Stil", which sold substandard steel abroad.


Figure $1.1 billion Lisin received in dividends from NLMK in 2020.


Detail The Rospatent database lists Lisin as the author of new methods of blast furnace washing, steel treatment in the ladle, metal strip coating, and the owner of a couple dozen other patents.


Rotation In June 2021 Vladimir Lisin resigned as president of the Russian Steel Association, a lobbying organization for the Russian iron and steel industry. Before that he criticized the government for its plans to increase taxation of metallurgists. The new president of the association is Alexei Mordashov.


Charity During the pandemic the charity fund Miloserdiye (the fund is financed by Vladimir Lisin, NLMK Group and related companies) allocated several billion rubles to support employees, measures to minimize the risks of infection and finance assistance to the Russian regions where the company operates.


Impact Vladimir Lisin himself admits that one of his business principles is to "polish his assets indefinitely. This is costly: between 2010 and 2020, NLMK invested more than 115 billion rubles in ecological modernization of the group's enterprises. Almost half of this amount was invested in recent years when the company carried out a large-scale reconstruction affecting almost 30% of Novolipetsk facilities - increasing the productivity of the shops, reducing emissions and building a system to use by-product gases to generate secondary electricity. Lisin also spends money on social projects; for example, since 2010 more than 9 billion rubles have been allocated to treat difficult diseases, including children's diseases. In particular, NLMK helps children with spinal muscular atrophy syndrome receive Zolgensma and Spinraza drugs, which cost up to $2.5 million per shot.