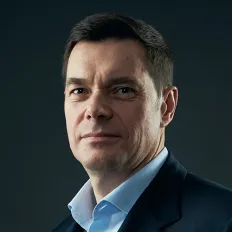 Alexey Mordashov is the hero of the first issue of Forbes Russia. It was his picture on the cover of the magazine, released in April 2004. The editor-in-chief Paul Khlebnikov himself wrote an article about the businessman. Mordashov took a direct route to wealth, focusing on metallurgy. The basis of his fortune is shares in the Severstal group. Its base enterprise is the Cherepovets Iron and Steel Works (CMP), where Mordashov's parents worked back in the Soviet times.


Alexey was born and spent most of his life in Cherepovets. He was educated in Leningrad, graduated with honors from the Leningrad Institute of Engineering and Economics, and after his studies he returned to his homeland and went to work at the Cherepovets Steel Mill. The young economist immediately fell in love with the plant's general director, Yury Lipukhin. Four years later, in 1992, the 27-year-old specialist became Director of Finance and Economics and was entrusted to deal with product sales. After the collapse of the USSR, the plant practically stopped supplying to the domestic market, and Mordashov, who had been trained in Austria, began concluding contracts with traders who sent steel for export.


In 1993 Lipukhin instructed him to privatize the ChMK. Mordashov secretly bought a controlling stake from the director, removed him from management and headed the plant himself. In 2001, he bought his stake from Lipukhin at a price six times below the market, as the offended "red director" claimed. Lately, Mordashov's dividends from Severstal total more than $1 billion a year, for 2020 - about 68 billion rubles. Some of this money was invested in one of the world's largest travel companies, TUI.


Mordashov knows how to choose his friends. He was friends with Anatoly Chubais, who taught him at the institute. Chubais introduced him to the club of young reformers who later became members of Boris Yeltsin's government. His friendship with the St. Petersburg financier Vladimir Kogan brought him closer to Vladimir Putin. In 2003, Mordashov became a co-owner of the Rossiya Bank, the largest shareholder of which is Yury Kovalchuk. In 2008, Mordashov, Surgutneftegaz, and Rossiya Bank created the National Media Group, which now owns stakes in TV channels (Pervyy, Pyatiy, REN TV, STS, 78) and newspapers (Izvestiya, Metro-St Petersburg, and Sport-Express). In 2013, Mordashov and Kovalchuk acquired a 50% stake in the mobile operator Tele2.


First business In 1992, he was appointed Director of Finance and Economics at the Cherepovets Steel Works (CMP). He concluded the first contracts with traders selling metal to the West. Having bought the controlling block of shares in the plant, he dismissed Yuri Lipukhin, its director.


Family In 2019, Mordashov transferred 65% of his shareholdings in the gold mining company Nord Gold and the tourist operator TUI to his sons Kirill and Nikita, but in the summer of 2020 Nikita was expelled from the Higher School of Economics, he went to serve in the army and transferred the shares received from his father to his older brother. In December 2021, the businessman got all the shares back, and in 2022 he gave the most of them to Marina Mordashova.


Yacht In early 2021, he received a new yacht Nord (142 m) and paid at least $300 mln for it. According to MarineTraffic service, in March 2022, the yacht moved from Victoria Harbour in the Seychelles to Golden Horn Bay (Vladivostok).


Impact Alexei Mordashov's personal spending on charity over 10 years amounted to almost $240 million. The businessman is mainly interested in medical and educational projects. In 2018, his Severgroup acquired the medical company AVA-Peter, now the largest in Northwest Russia. Since 2017, Mordashov has invested in the educational holding company "Netology Group" (online education) and almost completely bought it from its founders. "Severstal", in which the businessman owns 77% of shares, over the years has spent about $570 million on charity. More than 17,000 children in the cities where Severstal operates were able to live safely in their families thanks to the work of the "Road to Home" (the fight against orphanhood) foundation.