Alekperov was born in Baku in the family of an oilman. "I grew up in the oil field... We had no other entertainment in our yard except throwing a rope and riding a [oil] rocker in the 50s," the billionaire said in one of his interviews. He was an evening student at the Azizbekov Institute of Oil and Chemistry in Azerbaijan. Azizbekov and worked at the Kaspmorneft production association. Within five years after graduating from the institute he rose to the position of deputy head of oil field and left to work in Western Siberia in 1979.


Alekperov started to build his business in 1987 when he was appointed general director of Kogalymneftegaz. In 1990-1992 he held the posts of deputy and first deputy minister of the USSR Oil and Gas Industry. In 1992-1993 three oil-producing enterprises Langepasneftegaz, Urayneftegaz and Kogalymneftegaz merged under his management in the LangepasUrayKogalymneft oil concern on the basis of which Lukoil appeared. 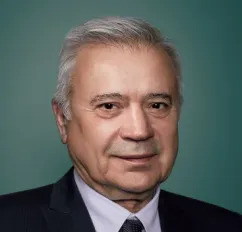 The company Alekperov had left only the letter "K" in the name of Lukoil; nevertheless, after its privatization in 1993 Alekperov became its major shareholder and permanent president. In 2002 Alekperov directly and indirectly owned 10,4% of shares in Lukoil. Since then his share has almost tripled up to 28.3%.


In late 1980s Alekperov worked as a general director of Kogalymneftegaz, and in 1990-1991 he was Deputy Minister of Oil and Gas Industry of the USSR. In 1992-1993 he formed the LangepasUrayKogalymneft oil concern on the basis of which LUKOIL was established. Since then he has been the President of the oil company. During privatization he became its largest shareholder.


The figure Almost $1.5 billion was received by Alekperov in the form of Lukoil dividends in 2021.


The UK imposed sanctions against Alekperov on April 13, 2022.


In 2013, he bequeathed his entire stake in Lukoil to his son Yusuf, on the condition that the latter would not have the right to sell or divide the stake. The size of the package, according to Alekperov, will not exceed 30% of shares. "We are probably not yet so developed as to donate all profits [to charity]. But my heirs will be limited in the income from my shares. <...> At the same time, they will only be able to own a stake in seven years. Although, God willing, I will live long," Alekperov told Vedomosti in 2018.


Hobby Collects antique coins. The main area - Russian gold and platinum coins, but there is also a large collection of antique coins. The Museum of the International Numismatic Club, opened by Alekperov, contains about 5,000 coins. The most expensive - platinum 12 rubles in 1844, bought in 2013 at an auction Maison Palombo for 380,000 Swiss francs. Every year, according to Forbes, Alekperov spends $2-2.5 million to maintain and replenish the museum.


Impact The largest shareholder of Lukoil, Vagit Alekperov donates to charity mainly through his Our Future Foundation, which deals with the topic of social entrepreneurship. From his personal accounts Alekperov pays for the treatment of seriously ill children and donates funds to the Mikhailovsky orphanage. In just 10 years the businessman has spent more than $40 million on charity. A significant contribution to his "currency of good" was made by Lukoil - the company's capital expenses for environmental protection during 10 years amounted to $4,7 billion. For the last three years Lukoil has invested almost 5 billion rubles into development of renewable energy sources: solar power stations are being constructed in the territory of two companies of the group - Volgograd Refinery and Krasnodarskaya CHP.