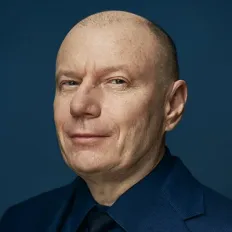 
Vladimir Potanin in the Soviet years was a member of the CPSU and worked in the Ministry of Foreign Trade of the USSR. Shortly before the collapse of the USSR he joined the International Bank for Economic Cooperation (IBEC) and in the same year created Interros. The company offered consulting services to participants in foreign trade activities.


In 1991, he met his future partner Mikhail Prokhorov #11 who was working at IBEC at that time. Together they created the International Finance Company (IFC) and Onexim Bank.


Potanin was the initiator of the idea of collateral auctions, and it was thanks to them that he received his largest assets. As a result of privatization, companies associated with Potanin received stakes in the oil company Sidanko, NorNickel, Novorossiysk Shipping Company, Svyazinvest and other enterprises.


In the 1990s, Potanin also managed to work in the government: for almost a year he served as first deputy chairman of the Cabinet and was in charge of the economic bloc. In 1998, Interros Group, Norilsk Nickel and Sidanko became the basis for establishing Interros Holding Company, which Potanin headed.


In 2007, Potanin announced his "divorce" from Prokhorov, as a result of which in 2008 he became the owner of 100% of Interros shares. Prokhorov left the capital of Norilsk Nickel by selling his stake to Oleg Deripaska # 50. This deal was the beginning of a years-long confrontation between Potanin and Deripaska for control of the company.


Capital Nearly 36% stake in Norilsk Nickel, one of the world's largest refined nickel and palladium producers.


Sanctions On April 6, 2022, the company was added to Canada's sanctions list.


Event In March 2021, Nornickel paid a record 146.2 billion rubles in compensation for environmental damage from a fuel spill near Norilsk


The figure of $570 million Potanin may pay for a stake in the Bystrinsky copper project to Rusal, which was founded by Oleg Deripaska. The sum is comparable to the size of Norilsk Nickel's dividends, which Rusal missed because of the accident.


Conflict From 2008 to 2012 Potanin took part in the so-called "nickel wars" and fought with another shareholder of Nornikel, Oleg Deripaska, for control of the company. In 2012, Potanin and Deripaska, mediated by Roman Abramovich #17, signed a settlement agreement. But the smoldering conflict has flared up again and again. The most recent occasion was Nornikel's 2020 dividends. "Interros" Potanin urged to shrink and direct the money to compensate for damage from the accident, "Rusal" Deripaska criticized the idea. Whatever the outcome of the dispute, the situation at Nornickel will escalate, because the current shareholder agreement expires in 2023.


Court At the end of 2013, he divorced his first wife Natalia. Moscow's Presnensky Court in 2015 refused to divide between the ex-spouses a stake in Norilsk Nickel, then Potanina's suit was also rejected by the High Court in London. But in 2021, the London court agreed to consider an appeal by Potanin's ex-spouse.


Transaction At the beginning of 2017 sold 50% of Rambler & Co. to Alexander Mamut, who became the sole owner of the media holding.


Sports Passionate about hockey. Supports various sports in the regions where Norilsk Nickel operates, such as cross-country skiing, indoor soccer, basketball and curling. Since childhood he has been fond of chess. At the end of 2021 he played a friendly game with grandmaster Yan Nepomnyashchiy. The businessman played white and lost on the 38th move.


Charity Because of the coronavirus pandemic, Vladimir Potanin's charity foundation promised to give a billion rubles to non-profit organizations and museums.


Impact MMC Norilsk Nickel has recently invested 35-40 billion rubles annually in environmental protection and promises to reduce sulfur dioxide emissions by 90% by 2025 at plants near one of the world's most polluted cities, Norilsk. In 2021, Forbes recognized Potanin's charitable foundation as the best in the country. Since 2010, it has spent almost 6.5 billion rubles to support culture and education. Potanin himself joined the global initiative of Bill Gates and Warren Buffett's Giving Pledge. The Potanin Foundation allocated 1 billion rubles to support NGOs in the midst of the coronavirus pandemic